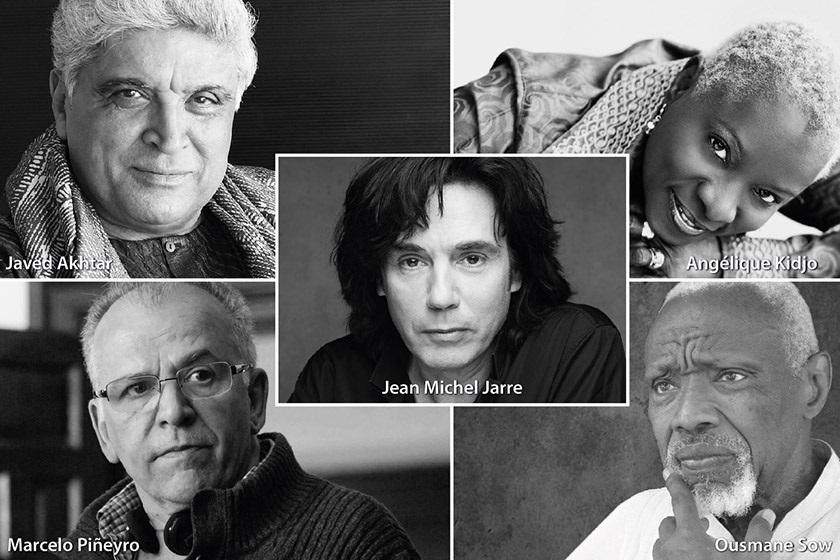 Paris, France – 14 April 2015. Creators from all creative sectors and geographic regions have addressed the shortcomings in MEP Julia Reda's draft report on the adaptation of the Copyright Directive.

The report that was published in January 2015, tackled a number of sensitive issues in copyright reform, several of which directly impact creators.

CISAC creators outlined their views on the Report in a letter addressed to MEP Julia Reda and copied to all Members of the European Parliament, on the eve of its discussion by the Parliament.

The letter was signed by CISAC’s President Jean-Michel Jarre and Vice Presidents Angélique Kidjo, Javed Akhtar, Marcelo Piñeyro and Ousmane Sow on behalf of the nearly four million creators that the Confederation represents.

The letter highlights the Report’s failure to address market realities for creators and underlines the need for a more balanced system that would take into account the rights of creators and provide fair remuneration for the use of their works.

"We agree that there needs to be a balance achieved between rights holders and the public. But this balance should not be struck at the expense of the increasingly fragile community of creators," wrote the signatories.

The letter questions some of the key proposals, in particular the approach to copyright exceptions and limitations solely from the perspective of user benefits, without considering the impact of so-called "free access" on the economic and moral interests of creators.

On the issue of the copyright term, creators rejected MEP Reda’s call for “a duration that does not exceed the current international standards,” effectively meaning a downward harmonisation to a term shorter than what is already available across Europe.

"We would be very interested in seeing the evidence upon which this policy recommendation is based," says the letter.

"Now that digital technologies can help facilitate access to, and preserve our works, forever, an extension seems more justified than ever."

In their conclusion, creators urged Ms Reda "to do what’s right" by ensuring the future of creators in Europe and supporting "a fairer digital market for creators."

The letter was sent to MEP Julia Reda and copied to all MEPs who participate in the JURI committee.

That committee is due to commence its discussions on the report today.