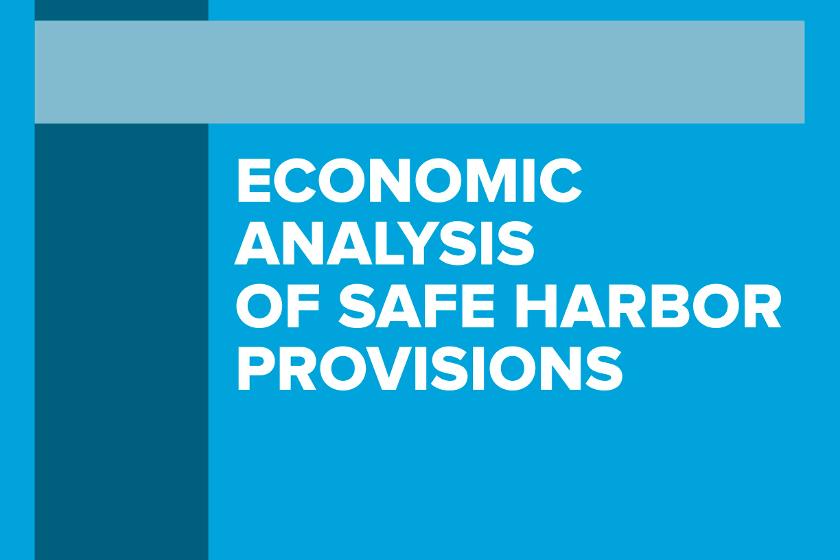 “Economic Analysis of Safe Harbour Provisions”, by Ashbel Smith Professor Stan Liebowitz of the University of Texas at Dallas, is the most detailed economic examination to date of how copyright owners have been damaged by so-called “safe harbour” rules in copyright law.

The economic study has been commissioned by CISAC, the International Confederation of Societies of Authors and Composers. CISAC is the world’s leading network of authors’ societies, with 239 member societies in 121 countries together representing over 4 million creators of music, audiovisual, drama, literature and visual art.

Commenting on the study published today, CISAC Director General Gadi Oron said: “This study shows that copyright safe harbours, designed for a 20th century internet, urgently need re-examining in the 21st century.  Instead of shielding internet companies that merely offer storage facilities, as was their original purpose, safe harbours are today being used to shield tech giants from rewarding creators for their work. This is not a problem that can be solved by industry alone – it is a responsibility for governments that care about the cultural and creative sector. Creators deserve 21st century laws that ensure fair payment for their work, not laws that cause the value of their works to be siphoned away to global tech companies. Technology has evolved, and the law should evolve with it”.

Professor Liebowitz is a leading author, researcher and academic in the economics of intellectual property, networks and new technologies. Among the findings of his study are the following:

Read the one page summary of the study here.