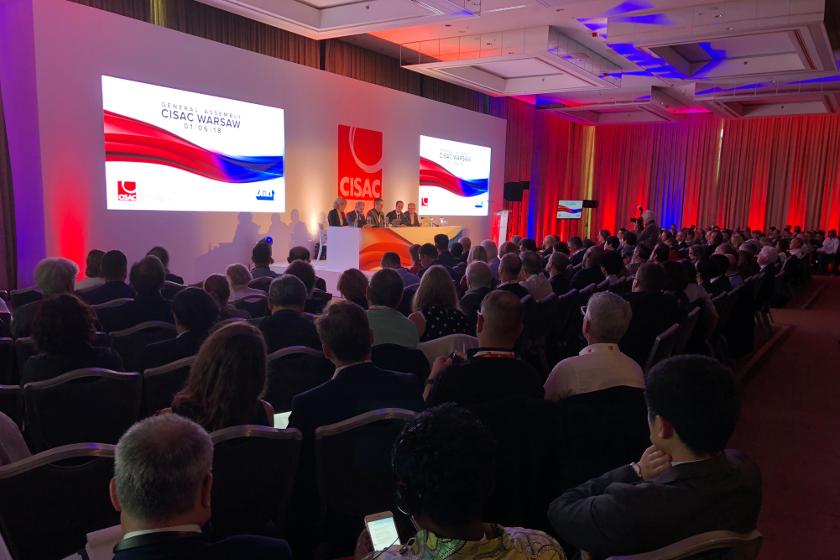 The CISAC General Assembly gathers creators and collective management organisations from around the globe to Poland.
Photo ©: CISAC

“CISAC is all about teamwork. Together, we can move mountains.” Those were the words of CISAC President Jean-Michel Jarre in welcoming authors and collective management societies to Warsaw on June 1st. The CISAC General Assembly is the pinnacle moment of the year to come together, review past work on behalf of authors and set the stage for the upcoming campaigns and activities to push creators’ rights to new levels. The 2018 annual meeting was hosted by Poland’s ZAiKS; a founding member of the confederation currently celebrating their 100-year anniversary.

The assembly was opened by CISAC Board of Directors Chairperson and SOCAN CEO Eric Baptiste, who reiterated the underlying mission of the confederation in light of the digital era: “You creators power the software of the creative economy. We are here in this room and our own offices to make sure that the creators of fantastic entertainment and culture be fairly compensated.” CISAC is in the midst of several campaigns to bring fairness in the modern era, including the transfer of value, updating private copying legislation and bringing new remuneration rights for audiovisual authors for online use, as well as to the structure of the industries themselves by pressing for greater gender equality. 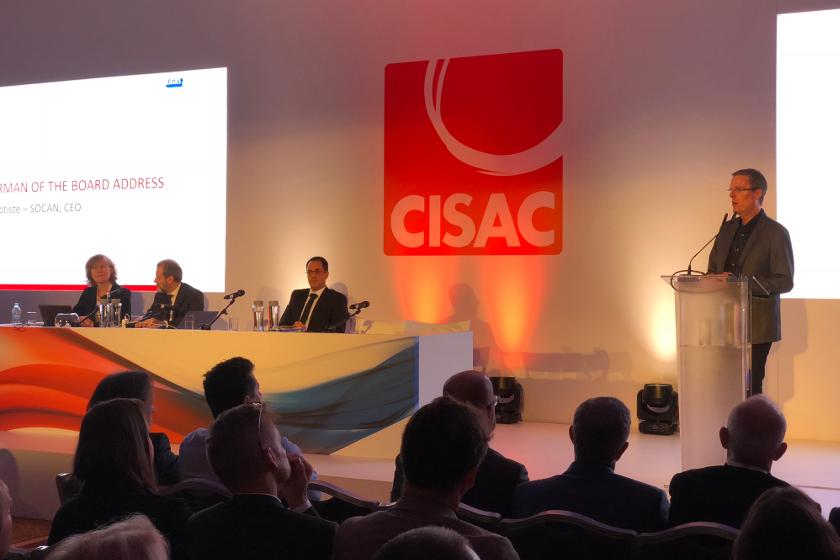 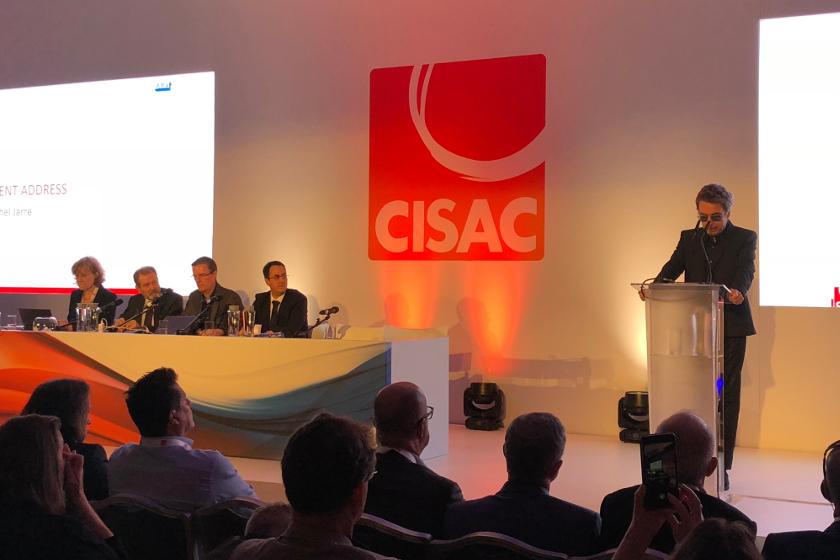 In his address, Jean-Michel Jarre emphasised the need for fairness, stating, “Authors and creators are shaping the future. We are friends of technology. We are depending and keen on technology.” However, he followed by stating, “The worst form of censorship is not paying creators for their works.” This was why Jarre reiterated, “More than ever, we need to speak with one voice. Keep making noise."

During his introductory address, ZAiKS Vice President Miłosz Bembinow welcomed everyone to the country before presenting ZAiKS and its 100-year history in a short video. Afterwards, Poland’s Undersecretary of State Paweł Lewandowski, speaking to the world’s societies, updated that the country will push forward with aligning Poland’s legislation to the rest of the European Union to make sure authors receive compensation with private copying. 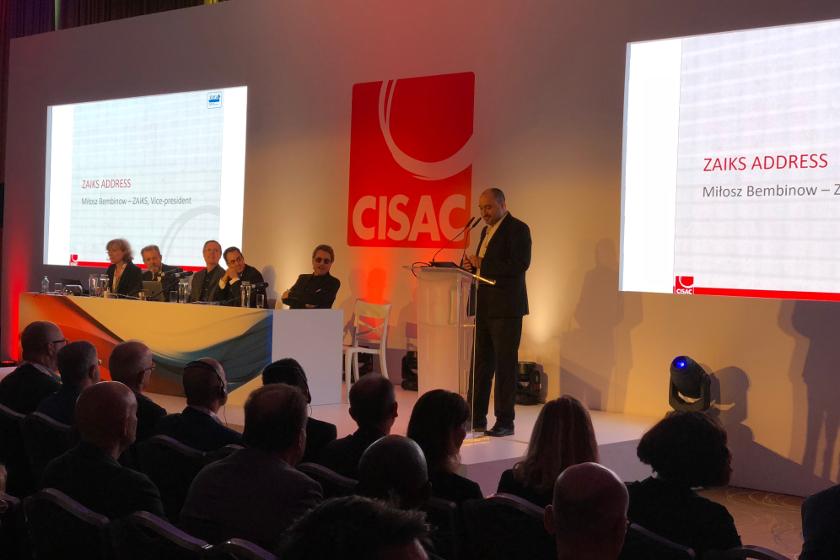 Afterwards, CISAC Director General Gadi Oron laid the groundwork for the assembly’s agenda. He explained the proposals (subsequently endorsed by the GA) to adapt the membership criteria of CISAC which have been the fruit of 3 years intense work by CISAC and societies.  “This has been a critical exercise for all of us. It is not just about defining who will be a member of CISAC. It is about defining our futureidentity as an international organisation and showing leadership in our field,” noting the exceptional progress in lobbying with three major CISAC-commissioned global studies launched in the last 12 months. The Liebowitz economic study analysing the impact of safe harbours focused on the issue of transfer of value. It identified the problem that safe harbour legislation, drawn up 25 years ago, is “massively profiting tech giants at the expense of creators.”

For directors and screenwriters, the recent CISAC AV Remuneration Study reflected the successful collaboration with Writers & Directors Worldwide (W&DW) and the Society of Audiovisual Authors (SAA). It analysed global legislation to support reforms for bringing fair payment to these authors. Jean-Michel Jarre underscored, “It is an injustice for screenwriters and directors to not have fair negotiating rights”, particularly with the rise of online services.

For visual artists, CISAC and its partners brought an “unprecedented” delegation to WIPO for lobbying. Momentum has continued to build in the past year, reinforced by continual actions in China as well as recently in Japan.

Finally, the confederation has taken its advocacy on private copying to a new level. With the Private Copying Global Study, lobbying missions took place particularly in Africa. CISAC has used the study, examining legislation and implementation of over 200 countries, to raise the profile of the campaign at major arts and cultural festivals in Algeria and the Ivory Coast.

In view of movements from all corners of the globe for greater equality in society and organisations, a Women@CISAC panel was a centrepiece of the assembly. Moderated by ARS Vice President Janet Hicks, it was comprised of BURIDA Director General and Regional African Committee Chair Irène Vieira; Directors UK Director Delyth Thomas; ASCAP Board Member and composer Alex Shapiro; APRA AMCOS CEO and CISAC Board of Directors Vice-Chair Brett Cottle; and Pauwke Berkers of University of Rotterdam. 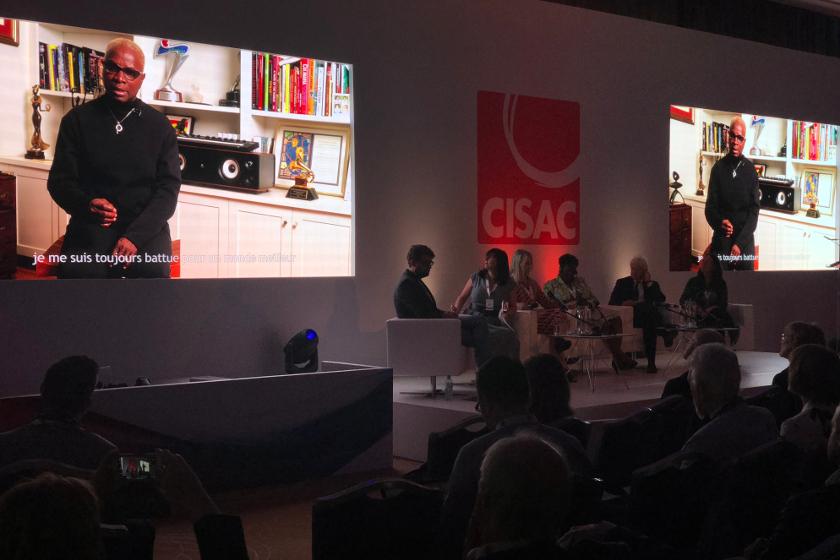 Beginning with research on the position of women in the music sector, commissioned by BUMA STEMRA, the panel examined the gender and pay gaps across creative sectors. The gap is enormous with only 10% of the top 100 creators, in terms of revenue generated, being women. Janet Hicks pointed out that 12 of the 13 highest budget museums in the United States are run by males. Delyth Thomas examined the British television industry in depth, noting that not much has changed over the years and incentives are required to provoke change.

Brett Cottle, as head of the Australian society, conducts full audits to examine salaries of men and women for differences to reinforce their guiding principle of creating quality of opportunity. His conclusion was to “stop defending why it’s a historical structural issue.” Alex Shapiro stressed the importance of power in numbers. Finally, Irène Vieira detailed the obstacles for female creators in Africa, restrained by a severe lack of education, prior to letting those voices speak for themselves in a recorded video featuring several artists from the region. 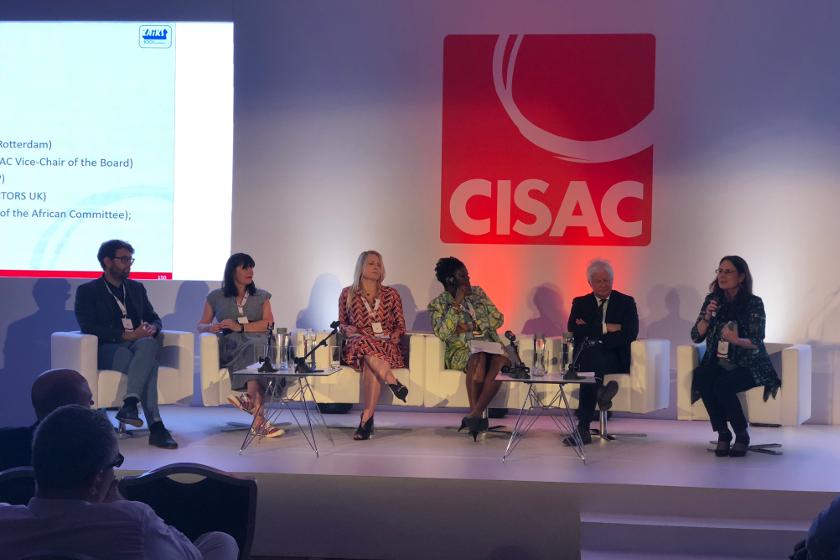 A panel on gender equality examined the issues, concerns and solutions for bringing more opportunity to women in creative and cultural industries.
Photo ©: CISAC

The General Assembly is the moment of the year to review the confederation’s membership, governance, technology tools as well as global policy and legal priorities. It also let the creators councils review their activities as global unified voices for creators, including Writers & Directors Worldwide with President Horacio Maldonado and the International Council of Music Creators with President Eddie Schwartz.

The meeting saw the highly detailed 2018 CISAC Annual Report, reflecting the intense activity of the last 12 months at CISAC.  The confederation’s regional offices reviewed activities in Africa, Asia-Pacific, Europe, Latin America & the Caribbean and Canada/USA. Warsaw also marked the final assembly of Regional Director for Latin America & the Caribbean Santiago Schuster, who will be leaving the confederation for academia after over a decade of service.

Ending the assembly, JASRAC Chairperson Haku Ide welcomed the world of collective management to Tokyo, Japan for the next CISAC General Assembly on May 30th, 2019. 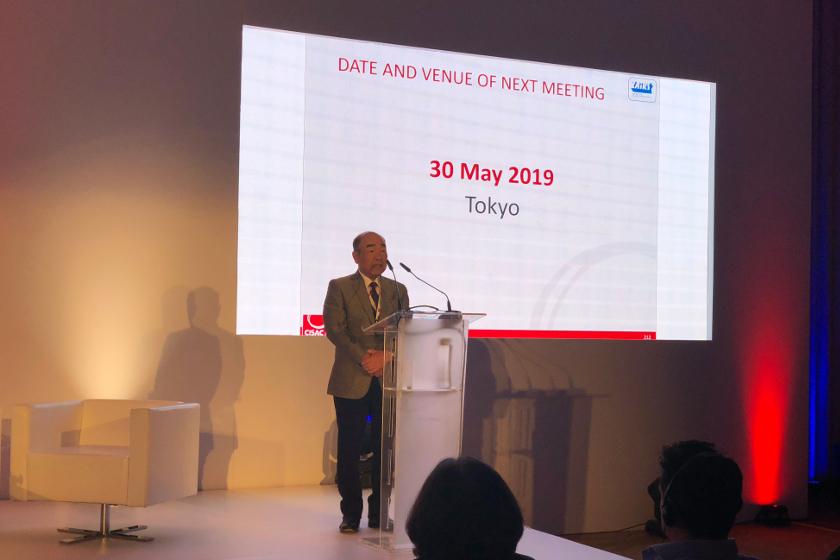