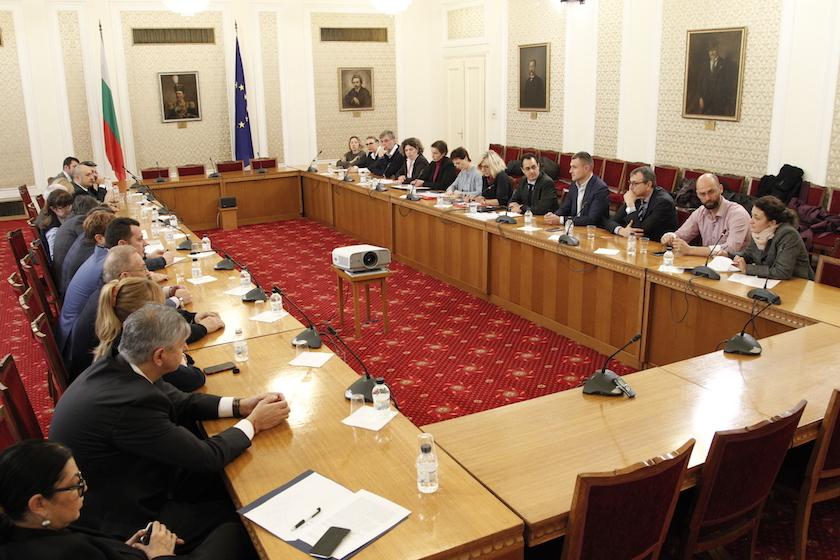 Bulgaria has taken on the rotating six-month European Union Presidency in the middle of a decisive moment in the debate of EU copyright reform. A high-level delegation organised by CISAC met with the Bulgarian Ministry of Culture and National Parliament in Sofia on February 15th to discuss EU copyright reform, the unwaivable remuneration right for audiovisual creators, and Bulgaria’s implementation of the CRM Directive

At the centre of the EU discussions is the “transfer of value”.  This is the result of the uneven legislative playing field that allows major public by user uploaded content services to make available creators’ works without obtaining the proper licences and fairly remunerating authors.

The Bulgarian EU Presidency will oversee the next steps in the progress of the EU Copyright Package, currently awaiting a vote in the European Parliament.

Drawing attention to the importance of this moment to Bulgarian audiences, CISAC President Jean-Michel Jarre and Director General Gadi Oron, along with Musicautor CEO Ivan Dimitrov were interviewed for The Day Starts with Culture on Bulgarian National Television, as part of the television station and Musicautor’s “The Price of Creativity” campaign.

“Europe has always been a champion in protecting authors’ rights. Since the 18th century, there has been a thinking, particularly in France with Beaumarchais, about the idea of droit d’auteur.  Authors are now at the centre of a huge industry, which represents more revenue than automobile or luxury industries, that employ millions of people around the world, yet which has never been so fragile economically.” 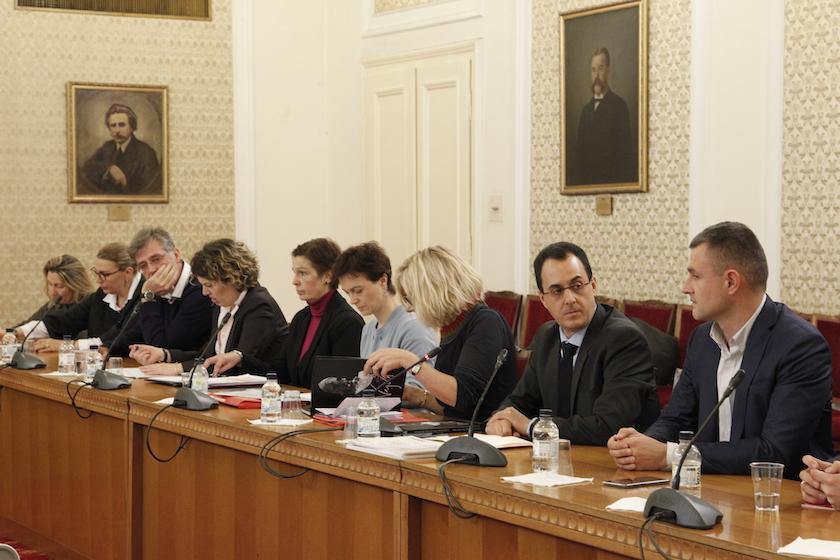 Rights of screenwriters and directors to an unwaivable remuneration right for on-demand exploitation of audiovisual works were also advocated for by the delegation during both visits. The right aims to guarantee an equitable share for the reuse and rebroadcast of works by users.

The high-level delegation was comprised of the Managing Directors and CEOs of CISAC, Filmautor, Musicautor, GESAC and SAA as well as Filmautor and Musicautor’s Presidents and CISAC Regional Director for Europe.

During a visit to the Bulgarian Ministry of Culture, Minister Boil Banov declared Bulgaria’s support in finding the best possible solution for the interests of Europe’s creators. The Minister also committed to actively approach the lack of private copying remuneration in Bulgaria, which would be an additional revenue source for creators, after CRM Directive implementation.

The delegation also visited the National Parliament, responsible for implementing the CRM Directive, where it met with the Committee on Culture and the Media Chairperson Vezhdi Rashidov, Committee on Legal Affairs Chairperson Danail Kirilov and representatives of the Council of Electronic Media.

The critical need to properly implement the CRM Directive was highlighted,  balancing the interests of CMOs and users in line with best practices in Europe. CISAC reiterated the importance of “one-stop shop” solutions provided by modern CMOs. If Bulgaria correctly implements the CRM Directive, it would improve the image of the country’s international reputation as a strong guardian of copyright.

The delegation also raised Filmautor’s difficulties in convincing cable operators to honour copyright obligations, caused by operators wrongly interpreting the Bulgarian Copyright Act. It also pointed out that progress on private copying in the country has reached a standstill, preventing advancement towards receiving private copying remunerations for creators in the country.

Bulgaria has unique opportunity on the world stage to improve the situation of creators in the European Union and subsequently throughout the world. Jean-Michel Jarre drew attention to this during the interview, stating:

“We are expecting from Brussels a legal framework to protect creators. I believe that Bulgaria has a role to play. It is an important part of Europe. We have a common cultural past. The voice of Bulgaria is extremely important for all of us, not only for Europeans but for all artists-African and developing country artists who are expecting a lot from Europe. The eyes of all creators, everyone who is interested in the future of creativity, are watching Bulgaria and Europe.”