Summary
Fixing the transfer of value will promote the future of cultural diversity, delegates hear 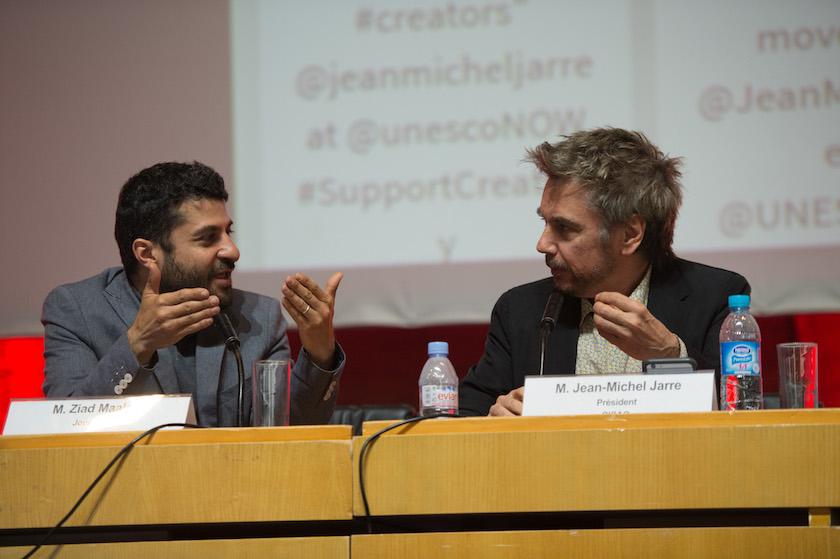 Creators, ambassadors and copyright experts gathered in Paris on Monday 12 June as CISAC and UNESCO jointly hosted a conference exploring the transfer of value and the challenges it brings to creative industries.

The conference at UNESCO’s Paris headquarters was the first of its kind, with CISAC President Jean-Michel Jarre, a UNESCO Goodwill Ambassador, playing a key role in bridging the priorities of the two global organisations. It allowed the opportunity to address the transfer of value in the context of cultural diversity, forming part of UNESCO’s ‘Conference of Parties to the 2005 Convention on the Protection and Promotion of Diversity of Cultural Expression’.

In December 2016, UNESCO developed ‘Operational Guidelines’ on the impact of digital technology on the diversity of cultural expressions. The guidelines recognise and value the work of creators’ in the digital environment and seek to guide State Parties on how to adapt their cultural policies to the new digital era.

CISAC is working with its partners on a global campaign for governments to address the transfer of value. The problem is at the very heart of a global debate concerning the relationship between digital platforms and creators. 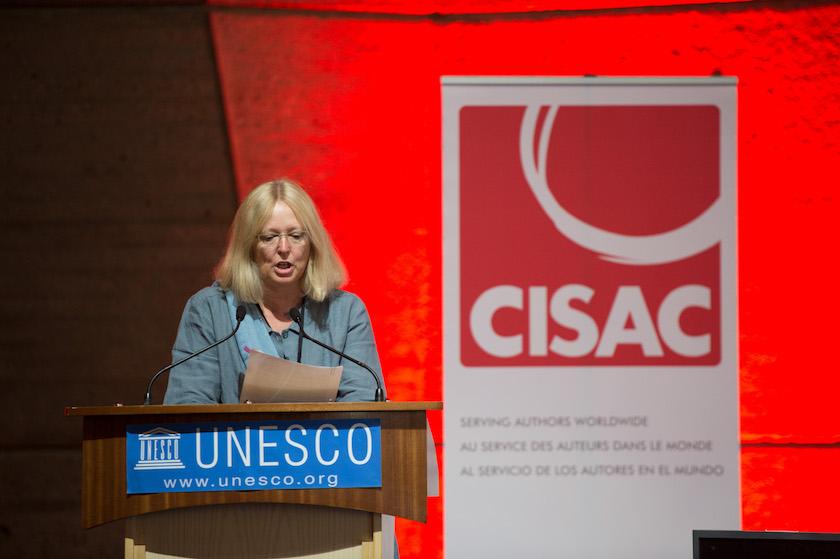 Mechtild Rössler, Director of the UNESCO Division for Heritage and the UNESCO World Heritage Centre, representing Director General Irina Bokova, opened the conference as Jean-Michel Jarre joined film director and UNESCO Goodwill Ambassador for Artistic Freedom and Creativity Deeyah Khan on a keynote debate on ‘Transfer of Value: Global Challenges Need Global solutions’. Jarre drew attention to the economic contradictions within the creative sector, as recent studies continue to show the sector is ahead of other many other industries in generating growth, while creators have never been paid as little as they are today. An adapted version of his comments has been published in a commentary here.

Jarre highlighted how UNESCO can play a role in ensuring a sustainable culture for creators, pointing to the importance of protecting the ‘intangible’ cultural heritage of creators. "This debate goes beyond copyright, it’s also philosophical, and it is also linked to cultural diversity. UNESCO’s mission is to look forward to the future.  Let's ensure artists can create the world heritage of tomorrow," he said. Jarre also spoke about the importance of the creative sector in terms of the ‘identity’ it brings to developing countries. "The less remuneration there is for developing nations, the more fragility we create, since those countries depend so much on cultural works for their future.” 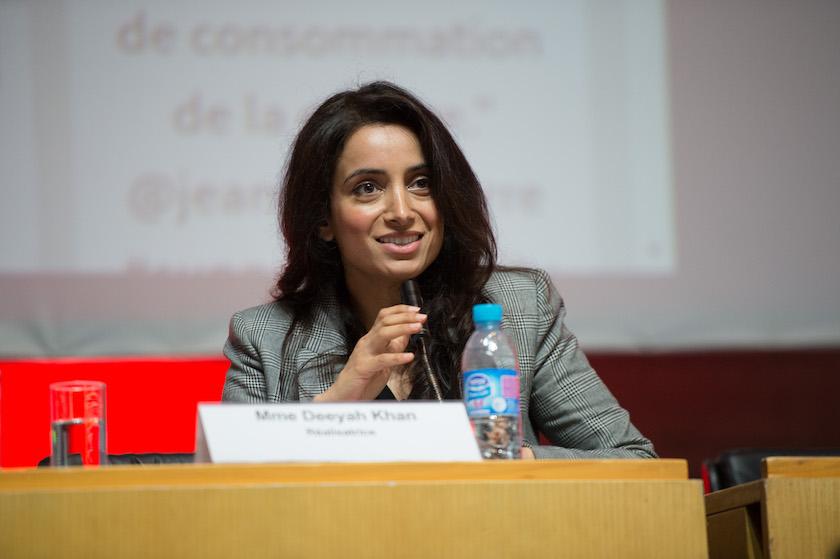 Deeyah Khan addressed what she described as the ‘abusive environment’ which many creators experience today, the need to be proactive and the struggle for creators to survive.  "Sometimes I do wonder if the creativity of artists and artistic expression is something in our culture that is becoming devalued". Khan added: "For young people to think there is now no value in the creative sector, this is a devastating thought.  We would never think about not paying people for a job, so why do we not properly pay creators in the digital environment?".

A second panel debate on ‘valuing the work of creators in a fast-changing digital environment’ brought a mix of creators and copyright experts to the table.

Instituto Tecnológico Autónomo de México Economist and Competitive Intelligence Unit CEO Ernesto Piedras outlined the cultural importance of creative works from a Latin America perspective, looking at data from Mexico. He pointed out that the creative industries in Mexico rose to 7.4% of GDP in 2013.  Piedras said analysis ("How much is Culture Worth?" Economic Performance of Copyright-Based Industries in Mexico) showed the creative sector was "twice as productive" as the average worker in society, and this has placed the sector as one of the most important for the domestic economy.

Université de Rennes 1 Private Law Professor and Université Paris-Sud Director of The Master on Copyright and New Technologies Alexandra Bensamoun drew attention to the current legal frame work on copyright and the question of liability for service providers. She described how the current framework does not protect creators and the need for reform.  Bensamoun said proposed EU legislation can address ‘safe harbour’ rules which currently shield some service providers from liability. "There is a need to redefine what the definition of a ‘host’ is, and freedom of expression does not preclude copyright." 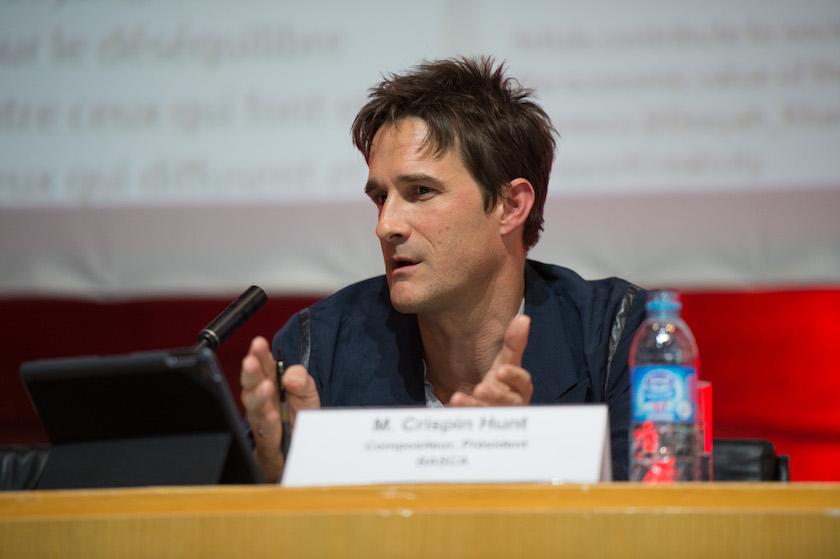 Songwriter, record producer and UK songwriters’ association BASCA Chair as well as a PRS for Music Board Member Crispin Hunt voiced concern that "the medium is starting to dictate the message" for many young artists. "Artists now think that if their work is not attracting Toyota advertising, it won’t attract remuneration. We are coming to a point where young people don't write songs that break hearts, but songs that sell cars."

He said that regulation is going to have to "speed up" and keep in time with the pace of technological advances. "The reality is that YouTube will make several millions from my work when I only earn a few hundred". He concluded: "We need a message coming from UNESCO that points out that there is a problem here and that it is everyone’s duty, from technology companies to legislators, to work on it and, for the sake of our cultural development globally, to seek ways to address it".

Gamma Rapho Photo Agency Photographer Véronique Raymond-dit-Yvon described the photography industry as the ‘stepbrother’ of the music sector as it was the first industry to become affected by the new digital environment. She highlighted the struggle of photo journalists within her own agency, which saw more than a 50% reduction in staff. "Photographers can barely survive -  we need a framework to protect creators. We have to adapt to platforms that are pure competition. Google Images, for example, only exists because of the content of creators.  All of us use Google Images but as soon as you do, you are a pirate. Search engines annihilate purely and simply the origin of the image." 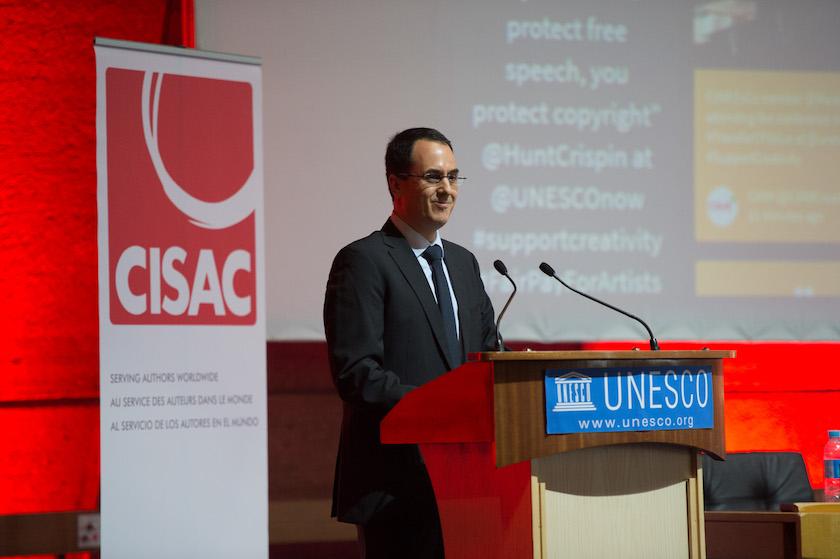 CISAC Director General Gadi Oron calls on the legislators to fix the transfer of value in the digital market. Photo ©: Aurélien Mahot

In closing remarks, CISAC Director General Gadi Oron said the transfer of value must be addressed at an international level and that it requires a legislative response. "A global problem needs a global solution. We need something from governments around the world. It’s a major problem, because we are now in a digital market and digital services pay minimal royalties."

Oron also outlined how, due to the flawed legislative landscape, ad-supported services pay a tiny fraction of the revenues paid by subscription services. He highlighted data recently published by CISAC which showed that authors’ collections from music subscription services in certain countries are more than four times those from ad-supported video platforms, despite the latter’s vast global audience of 1 billion users. He concluded: "We at CISAC call on UNESCO to discuss further the transfer of value from the perspective of the convention.  UNESCO should start by recognising the problem and continue with the search for solutions to help guarantee the protection of cultural diversity and creativity in the digital environment." 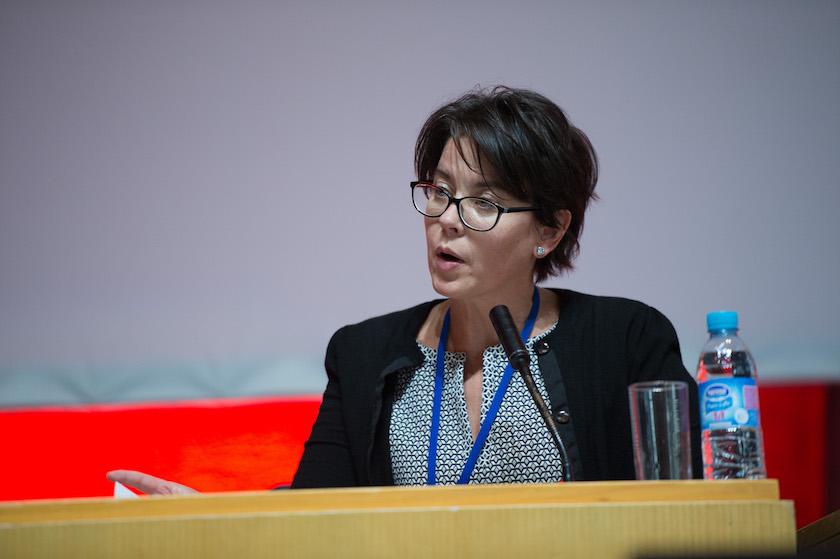 UNESCO Convention on the Protection and Promotion of the Diversity of Cultural Expressions Secretary Danielle Cliche closes the conference on fair pay for artists and the transfer of value in Paris.
Photo ©: Aurélien Mahot

In closing, Danielle Cliche, Secretary of the UNESCO Convention on the Protection and Promotion of the Diversity of Cultural Expressions, paid tribute to CISAC for providing insight into the area of transfer of value. She stressed the importance of the ‘Operational Guidelines' developed by UNESCO at the request of State Parties and the challenge of implementing these Guidelines. The Guidelines, due to be approved by the 145 Parties to the Convention on the 15 June, recognise and value the work of creators in the digital environment, by promoting equitable and fair remuneration for artists and cultural professionals.