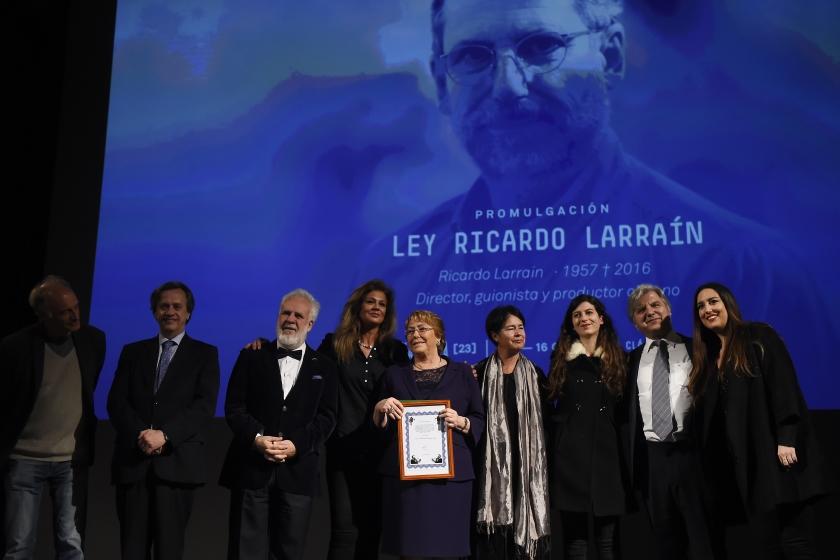 Promoted by CISAC, W&DW and authors’ rights society ATN, the Ricardo Larrain Law grants rights of remuneration for film and TV directors and screenwriters. Signed by the President of Chile at the Valdivia International Film Festival on 10 October, the law will boost the audiovisual sector and ensure creators are fairly remunerated.

Paris, 11 October – The President of Chile Michelle Bachelet signed the unique and ground-breaking Ricardo Larrain Law (n°20.959) that recognises new legal rights for directors and screenwriters during the opening ceremony of the Valdivia International Film Festival. Initiated by a campaign led by the International Confederation of the Societies of Authors and Composers (CISAC) together with the Chilean audiovisual authors’ society ATN, and Writers & Directors Worldwide (W&WD), the law grants audiovisual creators rights of remuneration, allowing them for the first time ever to obtain royalties when their works are rebroadcast.

In the majority of countries, screenwriters and directors in the audiovisual sector do not have a right to receive payment for the broadcast of their work. While operators, broadcasters and distributors generate significant profits from TV program and film usage, creators at the very heart of the creative process rarely receive any payment. This unbalanced situation, which impacts the audiovisual market and discourages creation, will now be changed in Chile by granting important protections for directors and screenwriters through the adoption of the Ricardo Larrain Law.

In front of over 300 national and international writers, filmmakers, authorities and distinguished guests, President Bachelet announced,

We will have a proper legal body to the times, which protects and guarantees the rights of directors and screenwriters. As I stated when we send the bill to the Congress, what we are doing is an act of justice. We are correcting asymmetry and being extended to a large group of creators of audiovisual works".

Lobbying for the law began at the National Film Archive two years ago when the famous Argentinian film director and CISAC Vice President Marcelo Piñeyro, together with a group of Chilean and Latin American directors and screenwriters, called upon the Chilean government to amend its copyright law to introduce better rights for creators. A draft bill was introduced in Parliament three months later, which corresponded with the launch of the major campaign titled “ACTION!” by audiovisual creators to support enacting the bill.

This is fantastic news for screenwriters and directors in Chile, in the Latin American region, and abroad. Audiovisual creators deserve to be protected and they deserve to share in the commercial success of their films and TV programs”, said CISAC Vice President Marcelo Piñeyro.

We are very proud to see this law being signed and look forward to its implementation. Its sends a strong message about Chile’s commitment to the protection of its creative sector in general and the audiovisual sector in particular, and we hope that many more countries from the Latin America region will follow this Chile’s example”.

We are thrilled to see Chile taking the lead in Latin America in establishing new rules that guarantee fair treatment and fair remuneration for audiovisual creators. Without the creative endeavours of directors and screenwriters, no films or TV programs will exist. These creators deserve to be protected and to obtain a share in the success of their works. We salute the Chilean President for her strong commitment to the protection of audiovisual creators“. 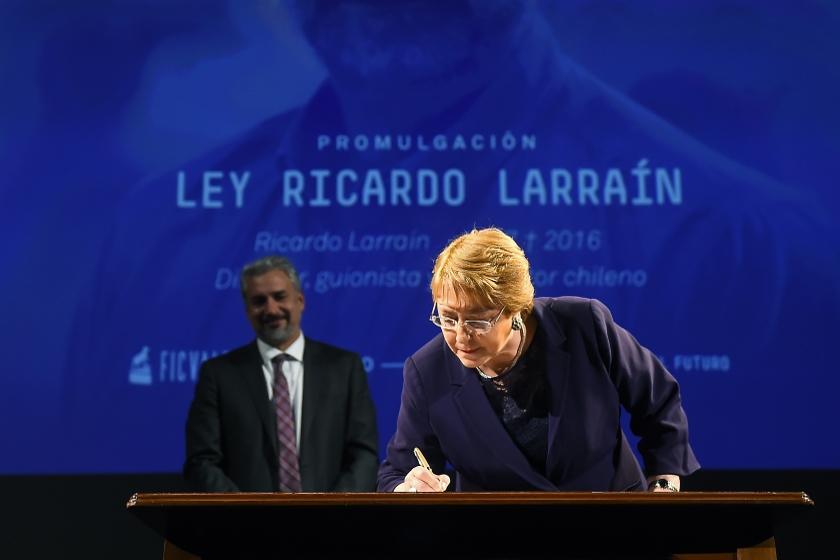