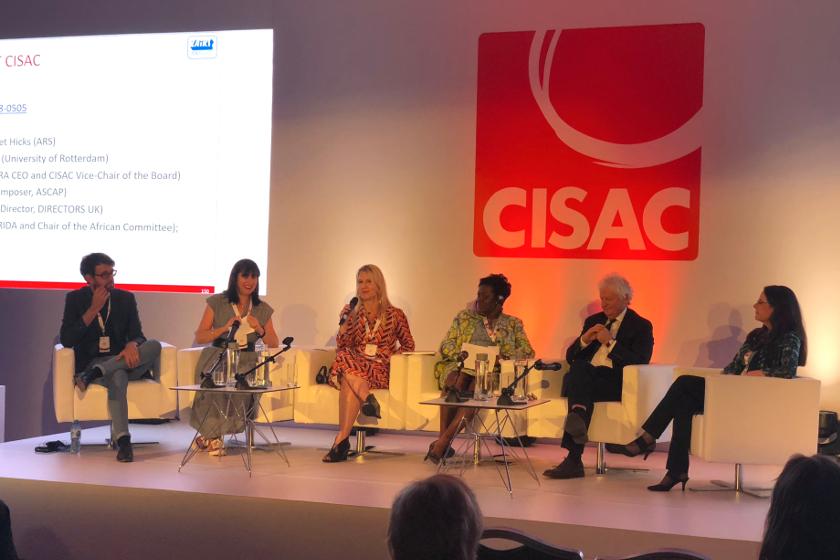 A Women@CISAC panel brought gender equality and equal pay to the fore during the CISAC General Assembly in Warsaw.
Photo ©: CISAC

Only 10% of the top 100 creators in the world, in terms of revenue generated, are women. 12 of the 13 highest budget museums in the United States are run by males. In British television, women working in drama only had 14% of episodes. In children’s programming, only 9%.

Making a livelihood as a creator can be difficult, yet more so as a woman. Barriers affect not only starting in the field but also progressing into leadership roles as evident in above statistics. Promoting gender equality to provide equal opportunities across genders is an indisputable issue of CISAC that was brought to the fore during the Women@CISAC panel at the CISAC General Assembly in Warsaw on June 1st.

Singer, songwriter, performer and CISAC Vice President Angélique Kidjo introduced the panel in a short video. She drew attention to her experiences “operating in a man’s world” yet her success has allowed her to be a spokesperson for women around the world. She said, “It’s an issue of dignity, equality and fairness.”

Various research has been performed on gender equality, including inequality in the music sector of the Netherlands in a study commissioned by BUMA STEMRA with the University of Rotterdam (read the study here). Dr Pauwke Berkers detailed the methodology, findings and conclusions of the study which determined that:

An in-depth exploration of British television by Directors UK in a 2014-2015 report uncovered significant gaps between perception and reality of women behind the camera. By researching thousands of British TV episodes, it became apparent that women directors were significantly underrepresented. Women directors in drama worked on 14% of episodes. Science fiction was 4%. Crime episodes were 9%. Soap operas were 15%. Directors UK is working on a second report, to be published in July, which will chart areas that have improved and others that haven’t. Delyth Thomas suggested incentivizing change: “Each country that has a tax break should relate it to who you hire behind the camera.” It’s less an issue for the women but for the industry itself to change. She emphasised that women don’t need more training, but need to be hired. 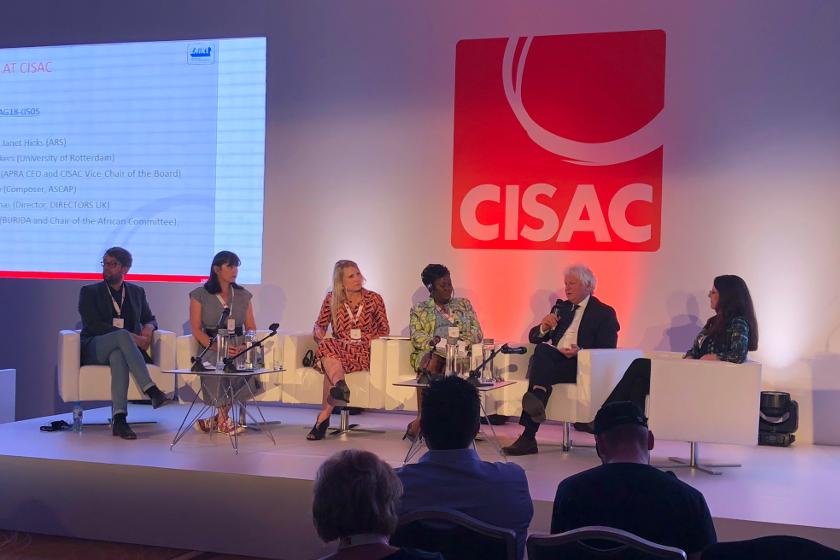 APRA AMCOS CEO and CISAC Board of Directors Vice-Chair Brett Cottle has enacted full audits to ensure that pay is equal in the society.
Photo ©: CISAC

In Australia, Brett Cottle has been a leader in reducing the gender and pay gap throughout his decades at the head of APRA AMCOS. He instilled full audits examining salaries of women and men to identify differences. He established a guiding principle to create equality of opportunity. The society also made it a focus to “stop defending why it’s a historical, structural issue” and to maximize opportunities.

In North America, Alex Shapiro drew attention to this as well as the change brought on by the year of #MeToo. The power and immediacy of social media plays a major role in keeping equity issues in the public consciousness. Raising awareness of everyone from CMO leaders to ensemble conductors helps to bring inclusiveness to the music world. 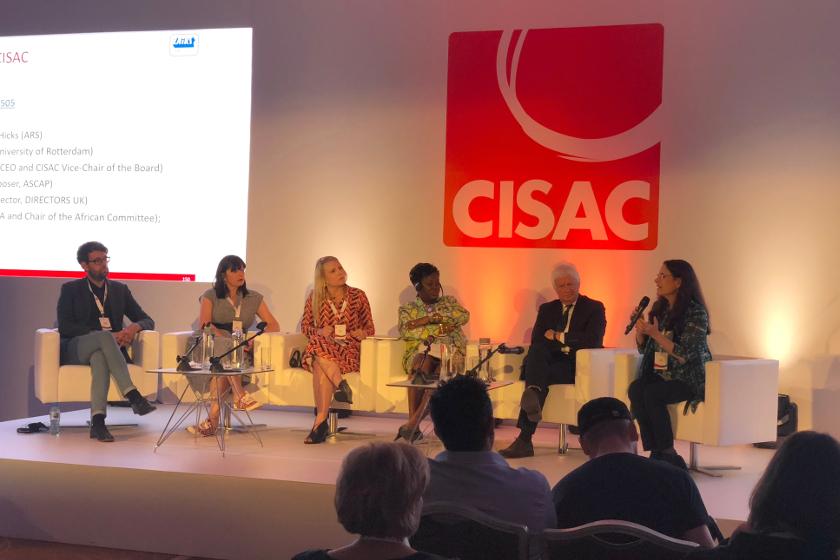 In Africa, female creators are faced with a lack of educational opportunities and a lack of investment. These additional barriers prevent many from getting off the ground. In education, an important gap in marketing, business and other skills is preventing many women from establishing or advancing their livelihoods as creators. Nevertheless, Kenya has shown success in addition to increasingly works done by women creators in Africa are finding their place in the world according to Irène Vieria. She said that women have to be encouraged to share their experiences, their networks and their efforts in order to be better represented on the continent.

The situation in Africa was then provided through the voices of creators themselves in a video shown to the assembly.

At the conclusion of the panel, Janet Hicks unveiled the CISAC action plan. The 5-point plan on gender equality among its members includes: