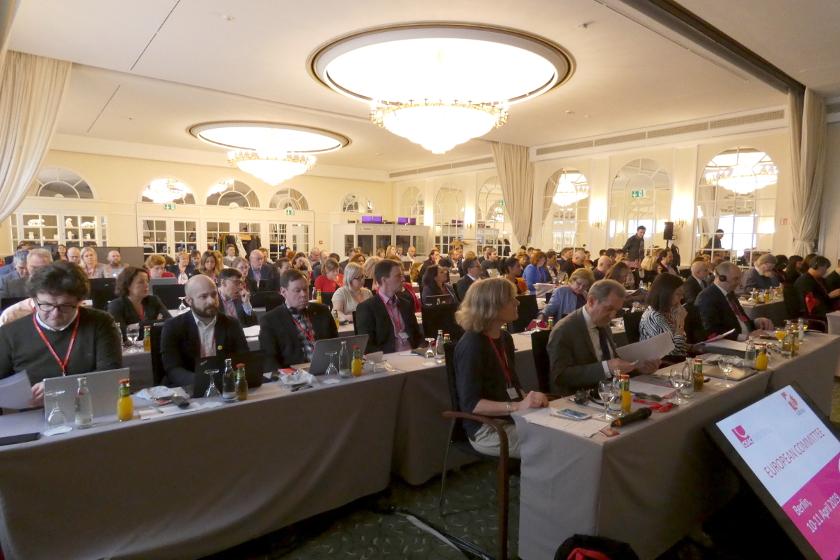 120 CEOs and senior managers came together in Germany for the 2019 CISAC Regional European Committee.
Photo ©: CISAC

Culture and creative industries in Europe provide 11.7 million jobs, comprises nearly 7% of GDP and are worth more than €900 million per year. These were statistics given by European Commissioner for European Neighbourhood Policy & Enlargement Negotiations Johannes Hahn in delivering a message of support to the CISAC Regional European Committee at the start of its meeting in Berlin.

Commissioner Hahn underscored that culture has "an important role in enhancing the attractiveness of this continent and strengthening its unique identity. Culture enriches our local communities and our daily lives.”

Hosted by GEMA, the April 10th and 11th meeting brought together 120 CEOs and senior managers from 63 CISAC member societies. It also included 27 European Union and European Economic Area countries along with Russia, Turkey and Ukraine as well as observers from the United States, Canada and Japan.

GEMA CEO Harald Heker addressed the committee by pointing out how the society is adapting to changes, such as consumption trends and transfer of value. He also spoke to how digital has given new expectations to members and clients. Finally, he spoke to the need to excel in all operational aspects of collective management while not forgetting the social and cultural value of societies. 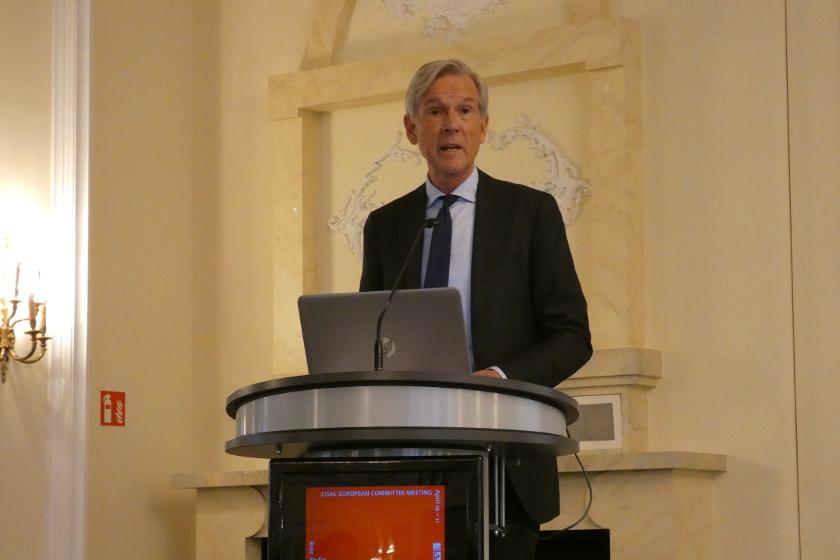 CISAC Board Chair Eric Baptiste called the biggest CISAC regional committee as a “melting pot” of societies from all repertoires all over Europe, some very young and some more than 150 years old. He drew attention to Europe’s leading role and the Copyright Directive advancements, notably in addressing transfer of value.

CISAC’s projects as well as priorities were further detailed by CISAC Director General Gadi Oron. These include transfer of value, lobbying for the unwaivable remuneration right for audiovisual creators, resale right, private copying and the study on copyright buy-outs. 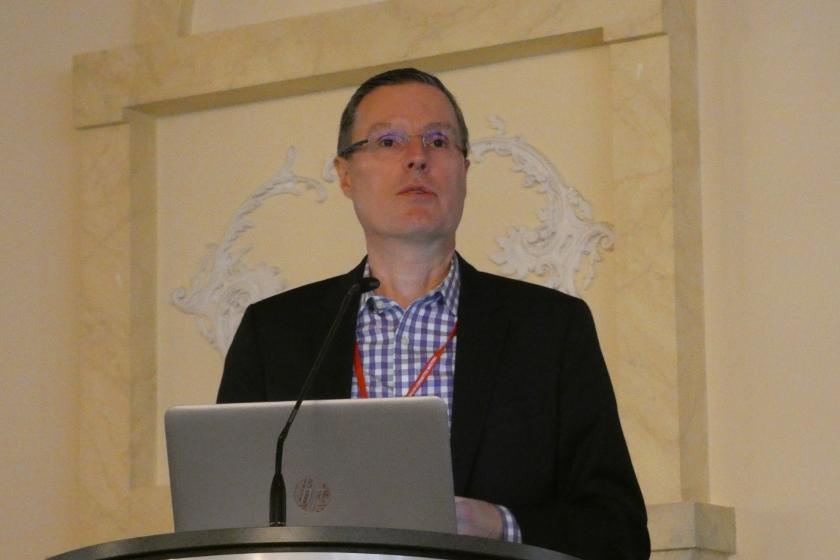 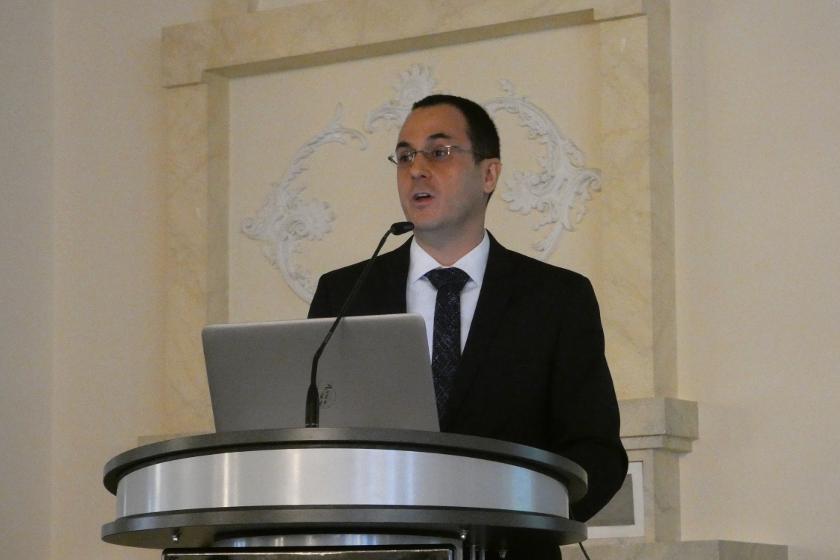 The confederation's main priorities were elaborated upon by CISAC Director General Gadi Oron during the committee's first day.
Photo ©: CISAC

The European Committee examined today’s challenges in collective management. The panel included directors from AKM, ARTISJUS, SABAM, SACD and VEGAP to discuss issues that their respective repertoires are experiencing. These include licensing online use, improving operational efficiencies within their organisations and adapting to new technologies. 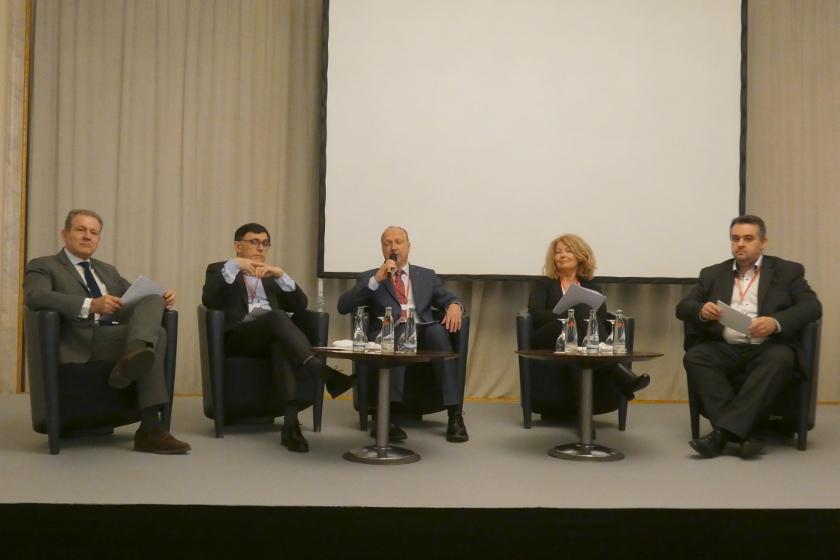 GESAC, SAA and EVA were instrumental in ensuring the Directive on Copyright in the Digital Single Market was passed. They presented their first analysis of the legislation for the future of authors' rights in Europe and beyond.

A main pillar for societies’ collections, the broadcasting market, is undergoing an evolution and synergy with new digital business models. The future of broadcasting was examined in a panel with Futuresource Consulting and RTL, focused on the expansion of subscription video-on-demand (SVoD) services. The committee also received an overview by Amazon of their music services. 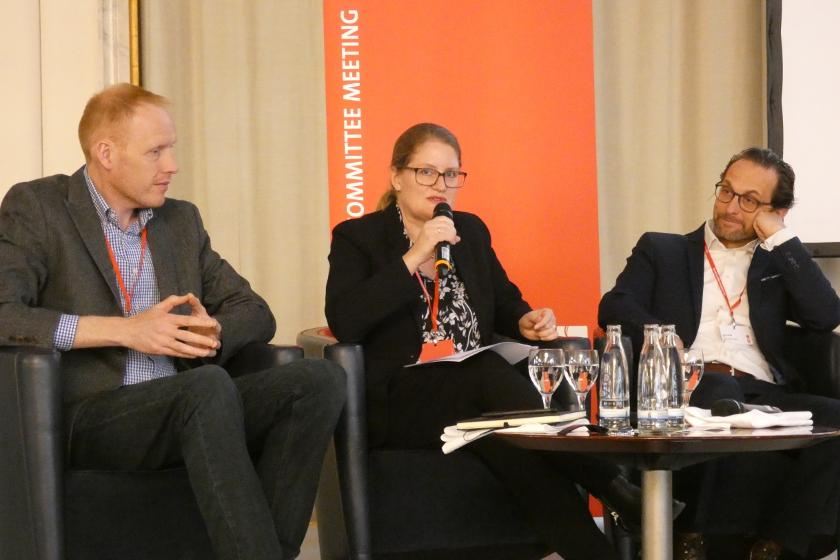 Additionally, the committee examined how to expand private copying levies to cloud computing technologies. It also received updates on CISAC governance, activities in Central and Eastern Europe activities as well as Greece.

The committee concluded by adopting a resolution calling on broadcasters and other users in Ukraine to duly honour their copyright obligations towards local members NGO UACRR and CINEMA.