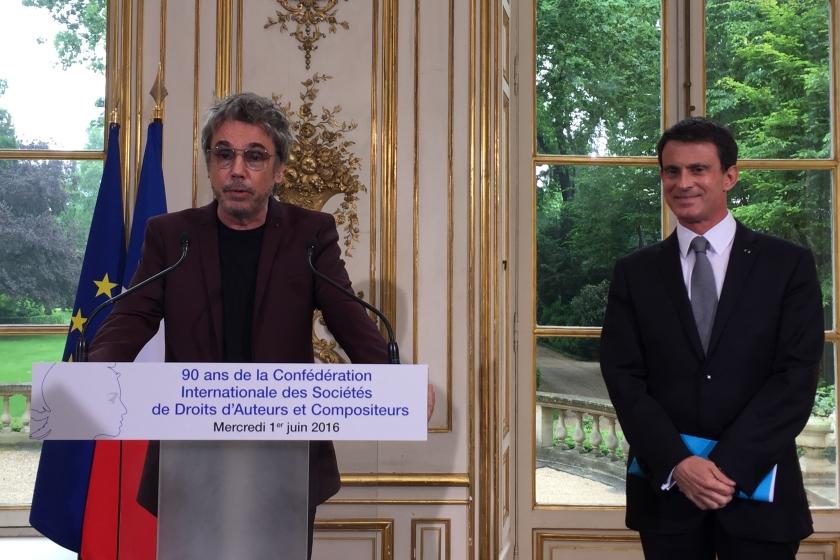 Paris, France - 1 June 2016 – A delegation from CISAC – the International Confederation of Societies of Authors and Composers – was received by French Prime Minister Manuel Valls at the Hôtel de Matignon, in honour of the organisation’s 90th anniversary. CISAC protects the rights of over 4 million authors through its member organisations in 120 countries.

The reception by Valls demonstrates the longevity of the attention given at the highest levels of the French government to culture, creators and the collective management of their rights. The rights of creators are currently the subject of intense debates in Europe and throughout the world, especially in the context of the digital market.

Prime Minister Manuel Valls stated, “The fight for authors’ rights is vital to protect creation. The [French] government acts on numerous levels: the battle against piracy, fair remuneration of authors and artists for the digital use of their works, and supporting the means of financing creation. France, an early pioneer for authors’ rights, will stay at the forefront of its modernisation”.

CISAC President Jean-Michel Jarre welcomed this statement by adding, “Authors’ rights are at the heart of culture and cultural diversity, which today are vital in enabling people to respect one another’s differences and to live together. They are also a key driver of the creative economy, generating employment and revenue, which allows an entire class of, often young, people to live off of their talent. As the world becomes increasingly digital, it is all the more necessary to ensure that creators receive fair remuneration for the use of their artistic works, particularly in digital markets. We call on governments and decision makers to support pro-creator legislation in France, in Europe and throughout the world.”

Jean-Michel Jarre stressed the importance of the 2005 UNESCO Convention on the Protection and Promotion of the Diversity of Cultural Expressions, which has been ratified by 138 countries. Jarre suggested that this text, which signatory countries will discuss again in the coming months, be expanded to take into account the huge digital challenges that did not yet exist when the Convention was negotiated at the end of the 1990s. Rebalancing the Transfer of Value as well as promoting private copying remuneration and the visual artists’ resale right are essential global solutions for fair remuneration of creators. French Prime Minister Manuel Valls highlighted the importance of the issues at stake in this renegotiation and indicated that France would take any necessary measures. 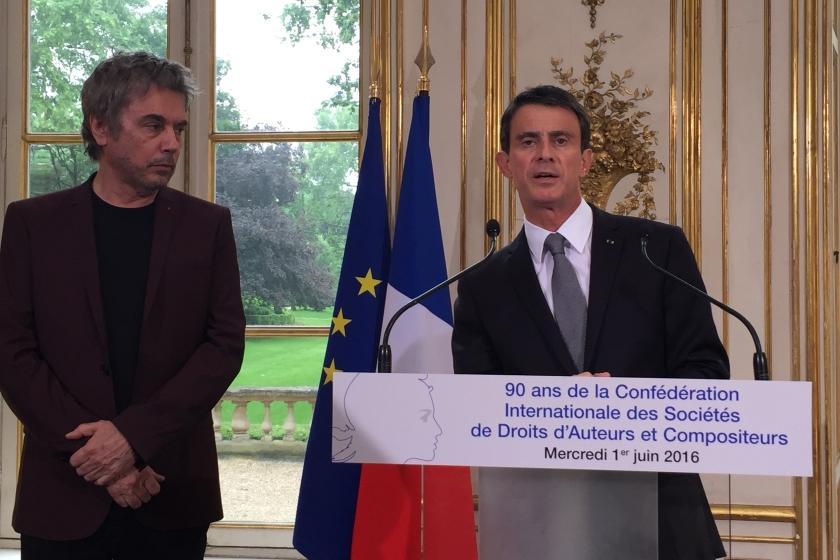 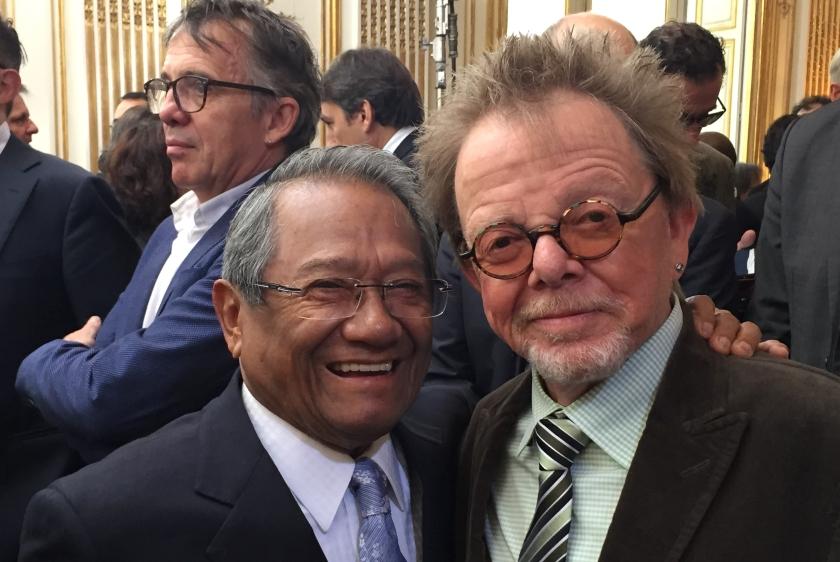 CISAC – the International Confederation of Societies of Authors and Composers – is the world’s leading network of authors’ societies.

CISAC protects the rights and promotes the interests of creators worldwide. Founded in 1926, it is a non-governmental, not-for-profit organisation with headquarters in France and regional offices in Africa (Burkina Faso), Latin America (Chile), Asia-Pacific (China) and Europe (Hungary).