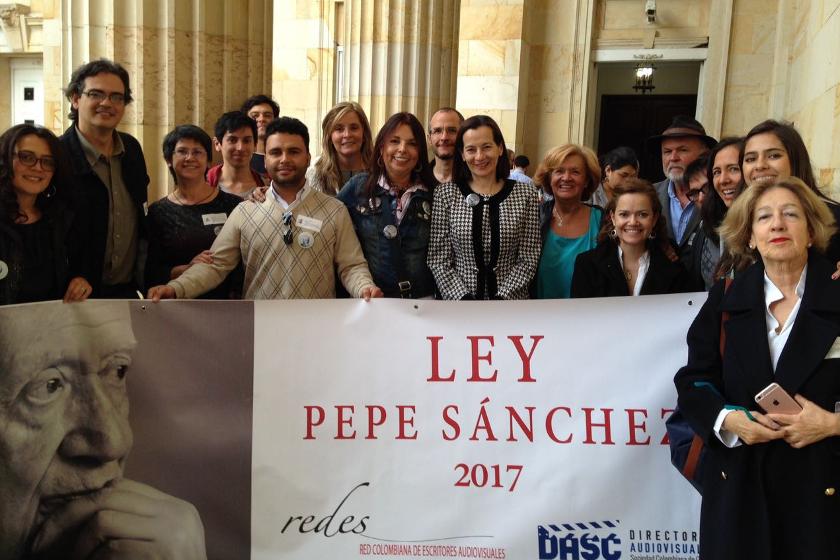 A pivotal law for screenwriters and directors in Colombia, the Pepe Sanchez Law, was reaffirmed on Friday, February 22nd in a court challenge. The Pepe Sanchez Law set a precedent for audiovisual sectors worldwide when it was adopted in May 2017 with support from CISAC, Writers & Directors Worldwide, the Latin American Audiovisual Directors Alliance (ADAL), DASC, REDES and DAC. The law established for audiovisual creators to receive an equitable share in the success of their work.

Shortly after the law was approved, it was challenged as unconstitutional in court. DASC and REDES, two of the region’s audiovisual collective management organisations with the total support of ADAL and Societies of Latin American Audiovisual Authors Federation (FESAAL) defended and protected the legislation in the court challenge.

On Friday, the court declared in favour of DASC and REDES, reaffirming the constitutionality of the Pepe Sanchez Law.

The law is named after award-winning Colombian writer and director Pepe Sánchez. He was one of the most influential figures in Colombian culture and a key advocate for creators’ rights.