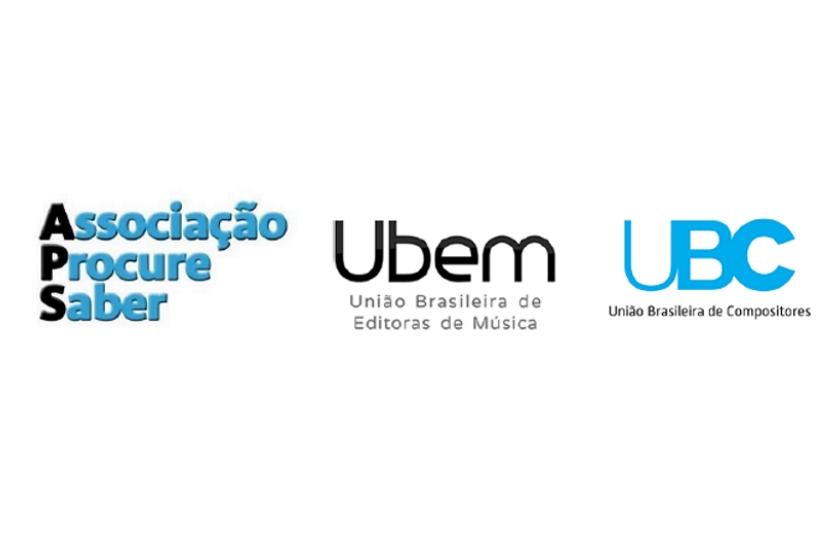 In Brazil, societies UBC, APS and UBEM have launched a manifesto calling for urgent action and fair remuneration of musical works in the digital market. Read the original manifesto here.

APS - The Procure Saber Association is a group of renowed Brazilian artists such as Gilberto Gil, Chico Buarque and Caetano Veloso dedicated to following issues connected to the recording industry in Brazil.

UBEM - The Brazilian Union of Music Publishers is an umbrella organization that represent publishers such as Warner Chappell, EMI Songs, Universal Music Publishing among others.

UBC - The Brazilian Union of Composers is a non-profit organization for the collective management of music rights of authors, publishers, performers and producers. UBC is the market leader and represents over 20 thousand Brazilian musicians and the repertoire of more than 70 foreign organizations.

Manifesto from Brazilian Authors, Artists and Musicians in Defense of Fair Remuneration for their Musical Works on the Internet

In the last 15 years, the internet has had a considerable impact on how users consume songs, recordings, movies, photos, images and texts that are protected by copyright laws.

The diverse ways in which we use this content has revolutionized the entertainment market and industry, allowing the general public access to an infinite range of options and alternatives; with authors and artists often being none the wiser to their use. This new reality, which without question affords consumers an enormous supply of artistic works online, is also a welcome development, and quite favorable to the creators of this content. It provides unique opportunities for them to interact with the public, and widens the market space for compositions, participation and recordings.

However, in this context where the sheer volume of songs and recordings used is incalculable, an important question can be put forward: what has become of the rights of the authors, artists and musicians?

In the digital environment, the business models that have evolved pose significant challenges that put the survival of the entire production chain at risk. For a deal to be good, it has to be good for everyone involved, but creators have not been receiving the benefits for the use of their songs. In addition to cultural aspects, innovation and creativity are important strategic assets that must be preserved.

That is why authors, artists and musicians, with the backing of their respective representatives, have mobilized around the world in an effort to educate the public, show the true reality of their plight, and pressure governments so that their rights are protected. In a globalized effort to create awareness and advise caution, these groups have been speaking out so that widespread use of their works does not create barriers to copyright protections. They are calling for urgency as well as responsibility from all involved.

Online giants like Google and YouTube have developed their businesses based on storing artistic works on their platforms. This content is the main driver of their business and their comercial success: music is fundamental to online networks and their growth strategies. Even so, what one sees from these market behemoths is disrespect for the ethical and property rights of authors. As a result, they are not identified, as the law demands, and therefore do not receive remuneration that is compatible with the volume of commercial transactions made based on the use of their works.

In the highly competitive online music market place, the Google/YouTube titan has been the most active in disregarding creator rights, claiming they are simply a platform offering third-party content, as if they had no responsibility in controlling it, and in most cases proposing only partial and negligible remuneration.

Authors and artists have the right to negotiate fair and transparent conditions under which their creations may be used on the internet. It is inadmissible that digital platforms should impose a business model that is favorable only to them, and that is unfavorable to those who produce the content, the raw material that is so vital to attracting their audience. Using this unilateral model, these companies intend to divide the artistic classes, offering contracts that might best be described as “take-it-or-leave-it”.

Because of this, Brazilian authors, artists and copyrights holders have joined forces at this time to resist any and all initiatives whose end purpose is to put into question the legitimacy and integrity of their rights. This is the moment when all the generations of Brazilian singers, songwriters and composers, responsible for the current and future formation of our culture, must come together and engage in the movement to roll back what can only be described as an unjust and misplaced situation.