“Your Music Your Future International” comes to the Cannes Film Festival 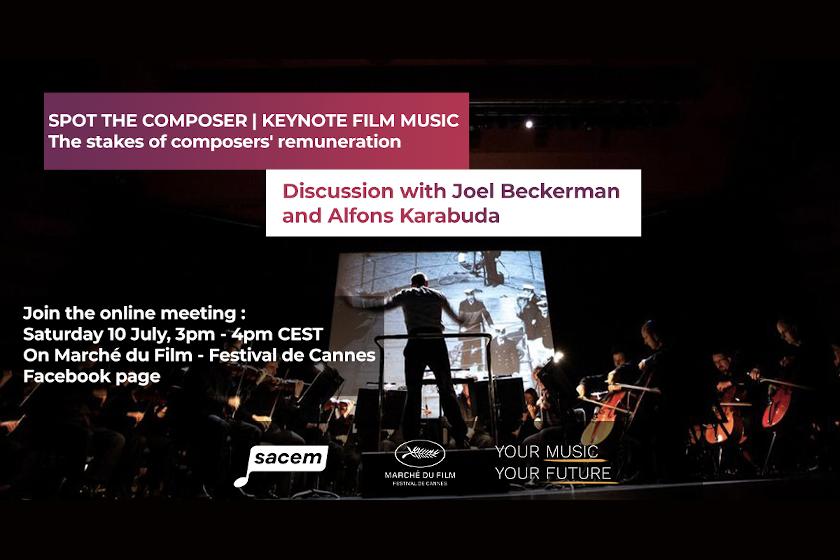 Your Music Your Future International is a global education campaign, led by composers, that seeks to raise awareness about the options composers have with their remuneration. The campaign was launched in February 2021, with CISAC partnering the successful US composers’ movement to extend it to global audiences.

On July 10th at the Marché du Film of the Cannes Film Festival, the Spot the Composer keynote  brought Your Music Your Future Founder Joel Beckerman to highlight the campaign and explain the educational resources available for composers and creators globally  The keynote was organised and supported by CISAC member SACEM.

Joel Beckerman urged composers to use YMYF to understand the different options for remuneration, in particular between the long term income stream provided by royalties as  opposed to the single upfront fee that comes with buyouts.  The shift to streaming and other factors have increased pressure on creators to accept buyouts. Composers need to make their own business decisions, but they need to be aware of the ramifications for their future income. Usually buyouts are a way “of getting a gig, not building a career”, says Beckerman.

Your Music Your Future has been rolled out in four languages – French, Spanish, Finnish and Portugueses - and is available here.

The Spot the Composer keynote can be viewed here.