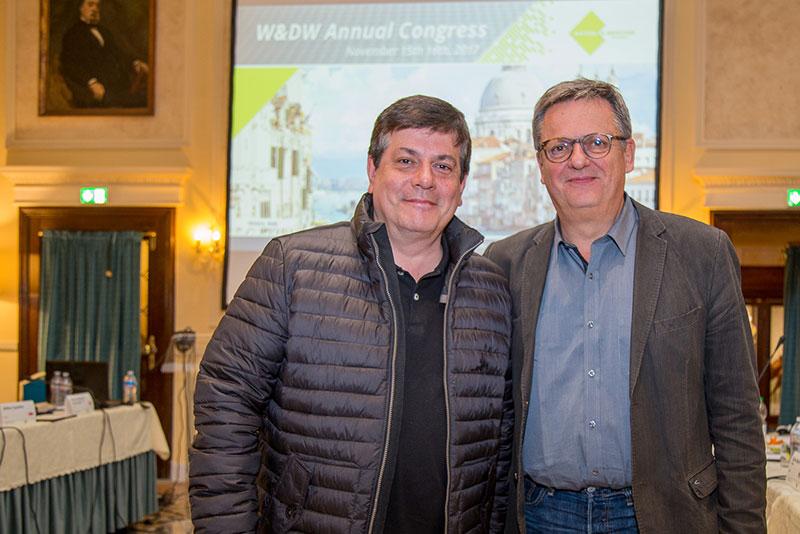 Horacio Maldonado, whose candidature was unanimously supported, has a broad experience base on which to draw. He is a long-standing member of the council’s executive committee and had previously served as its vice-president. In addition to his work as a director and screenwriter, he is also a film producer, General Secretary of Directores Argentinos Cinematográficos (DAC) and General Coordinator of the Alianza de Directores Audiovisuales Latinoamericanos (ADAL).

Together with the outgoing President Yves Nilly, he has helped drive Latin America’s leading role in The Audiovisual Campaign, with the laws of both Chile and Colombia being updated in favour of audiovisual authors over the past year.

“I am honoured to accept this position and delighted to have such a strong executive committee to support our work over the coming years,” said Writers & Directors Worldwide President Horacio Maldonado. “Our aim is to continue building partnerships in Africa and Asia Pacific whilst maintaining the pressure on lawmakers in Europe and Latin America to stand up for the rights of audiovisual authors.”

French screenwriter and author, Yves Nilly, was elected as Vice-President following his two-term tenure as leader of the organisation. In July of this year, Yves was appointed President of the French new-author scholarship association, Beaumarchais-SACD. From this, he expects to bring invaluable additional experience to his role with Writers & Directors Worldwide.

The Venice congress also saw the election of the nine-person Executive Committee. Its new members are:

In addition to the elections, the two-day congress focused on a range of issues currently facing creators across geographical and repertoire borders. Writers, directors and filmmakers from TV, cinema and theatre attended from Europe, North and Latin America, India, Australia and Africa.

Agenda items included panels examining the effect on authors of the current dis-harmony in international remuneration policy. This was followed by a discussion on how the cross-border approach of large digital distributors is affecting local film production and changing the way that national authors societies need to respond to authors’ rights issues.

There was also a review of the changing role of directors across film, TV, drama and documentary genres. This featured OSCAR-winning director and CISAC Vice President Marcelo Piñeyro. Reviews were also held of the council’s international partnerships and attended by Colombian Congresswoman Clara Royas, who championed the Audiovisual Campaign and received the 2016 Writers & Directors Worldwide Honour Prize.

Renowned writer and actor Harry Shearer concluded the Congress with a summary of the “Fairness Rocks” campaign relating to the iconic 1984 film “This is Spinal Tap” - for which the original authors have never received an equitable share in its success.

In-depth articles on many of these agenda items will follow in the coming weeks.