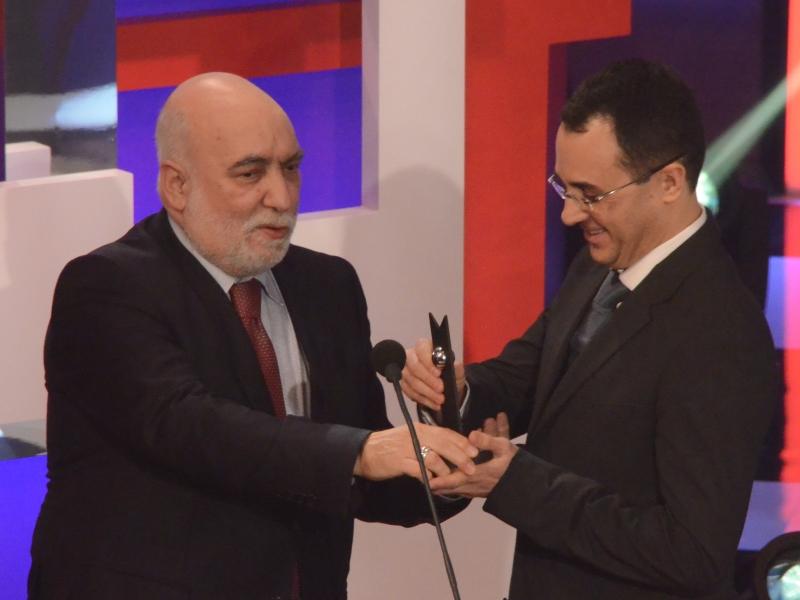 Portuguese Authors Society (SPAUTORES) held its annual gala on Tuesday, 22 March at the Teatro Nacional D. Maria II in Lisbon. The annual ceremony presents awards for all creative areas in which  SPA is active, including music, television, drama, visual arts, choreography, radio, theatre, literature, and cinema. The event also honours organisations and individuals with the Lifetime Achievement Award, the Municipal Cultural Planning Award and the International Award. For the 2016 ceremony, CISAC Director General Gadi Oron received the International Award on behalf of CISAC.

CISAC was chosen in honour of its role in promoting copyright protection and the interests of creators worldwide. Like SPAUTORES, the organisation is celebrating its 90th anniversary this year. The award was personally delivered by SPAUTORES President José Jorge Letria in front of an audience of over 600 people.

I see this award as the symbol of the strong relationship between SPA and CISAC. A relationship which is about what both organisations stand for: the protection of creators and of the value of their creations.

This evening is a celebration of Portuguese culture. Culture is what unites us, what brings us together. It builds bridges between people. It is what we share.

But culture is fragile. It needs to be protected.

Societies like SPA play a crucial role protecting culture, protecting authors and protecting the value of creativity. They make sure that authors are properly rewarded and can live from their creation.

During the evening, SPA additionally highlighted key cultural events in Portugal for 2016. The event was broadcasted live nationally and internationally on public TV channel RTP2.