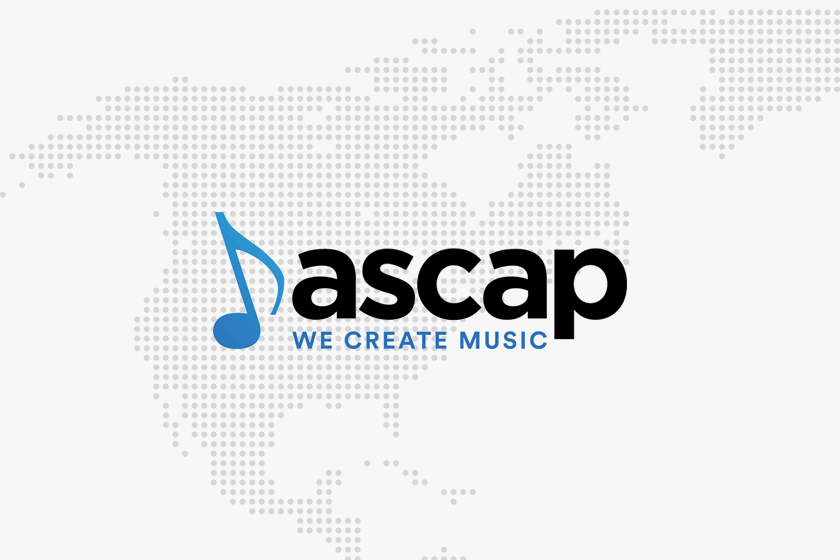 ASCAP, the American Society of Composers, Authors and Publishers, the world leader in performing rights and advocacy for music creators, today announced record-breaking financial results, with domestic revenue hitting an all-time high of $716.8 million, up $61 million over 2014, driving record high domestic distributions of $573.5 million, up 6.2 percent over 2014.  ASCAP, which operates on a not-for-profit basis, delivered $867.4 million in total royalty distributions to its 560,000 songwriter, composer and music publisher members in 2015. For the second year in a row, ASCAP’s combined domestic and foreign revenue topped $1 billion with total 2015 revenue of $1.014 billion.

ASCAP delivered the best value proposition in performing rights licensing, returning 88 cents of every dollar collected to music creators while supporting their careers through advocacy and professional development and investing in technology and innovation initiatives to offer enhanced services to members and licensees. ASCAP’s operating expense ratio was 12.3 percent, among the most efficient and lowest in performing rights. The number of performances ASCAP tracked, matched and processed for payment in 2015 increased by 14 percent to 570 billion. Demonstrating a commitment to transparency, ASCAP became the first U.S. PRO to provide fractional share ownership information in its publicly available online database for each of the more than 10 million musical compositions in the ASCAP repertory.

ASCAP President Paul Williams said: “ASCAP is a tireless advocate for the rights of music creators who depend on ASCAP to earn a living, whether it’s on Capitol Hill or at the negotiating table, and we are truly invested in their success. ASCAP's superlative results mean we are doing the best job possible for our songwriter and composer members even as we advocate for changes to the outdated music licensing laws that disadvantage songwriters in the today’s digital world. These results are a testament to why the world’s most talented songwriters choose to call ASCAP home.”

ASCAP CEO Elizabeth Matthews commented: “2015 was a winning year for ASCAP members, who are the heart and soul of our organization. While the music industry is in the midst of tremendous change, ASCAP has stayed ahead of the curve with a strategic focus on revenue growth, operational efficiencies, technology and service innovations demonstrating that the collective licensing model delivers the best value proposition in the performing rights world. We are happy that we could deliver a 6.2 percent increase in domestic royalties to our members in 2015, and we remain committed to transforming into the most progressive operation ensuring that songwriters, composers, lyricists and music publishers can enjoy a sustainable living in today's music marketplace."

Record setting domestic revenue helped ASCAP to collect more than $1 billion in revenue for the second year in a row, despite the fact that foreign collections, at $298.0 million, were down by 14.1 percent from 2014, caused by the negative impact of the strengthening U.S. dollar.

ASCAP created a new Global Services Team in 2015 to provide best in class services to its music creator and publisher members as well as to its foreign PRO partners, which annually handled over 70,000 inquiries.

ASCAP’s commitment to membership success in 2015 also manifested itself with events across musical genres including three song camps, seven workshops and multiple showcases at the Sundance Film Festival, South by Southwest (SXSW) and the CMJ Music Marathon. ASCAP also hosted 2600 songwriters and 193 panelists at its 10th Annual ASCAP “I Create Music EXPO,” the only conference dedicated exclusively to songwriting and composing.

The American Society of Composers, Authors and Publishers (ASCAP) is a professional membership organization of songwriters, composers and music publishers of every kind of music. ASCAP's mission is to license and promote the music of its members and foreign affiliates, obtain fair compensation for the public performance of their works and to distribute the royalties that it collects based upon those performances. ASCAP members write the world's best-loved music and ASCAP has pioneered the efficient licensing of that music to hundreds of thousands of enterprises who use it to add value to their business - from bars, restaurants and retail, to radio, TV and cable, to Internet, mobile services and more. The ASCAP license offers an efficient solution for businesses to legally perform ASCAP music while respecting the right of songwriters and composers to be paid fairly. With 560,000 members representing more than 10 million copyrighted works, ASCAP is the worldwide leader in performance royalties, service and advocacy for songwriters and composers, and the only American performing rights organization (PRO) owned and governed by its writer and publisher members. Learn more and stay in touch at www.ascap.com, on Twitter and Instagram @ASCAP and on Facebook.